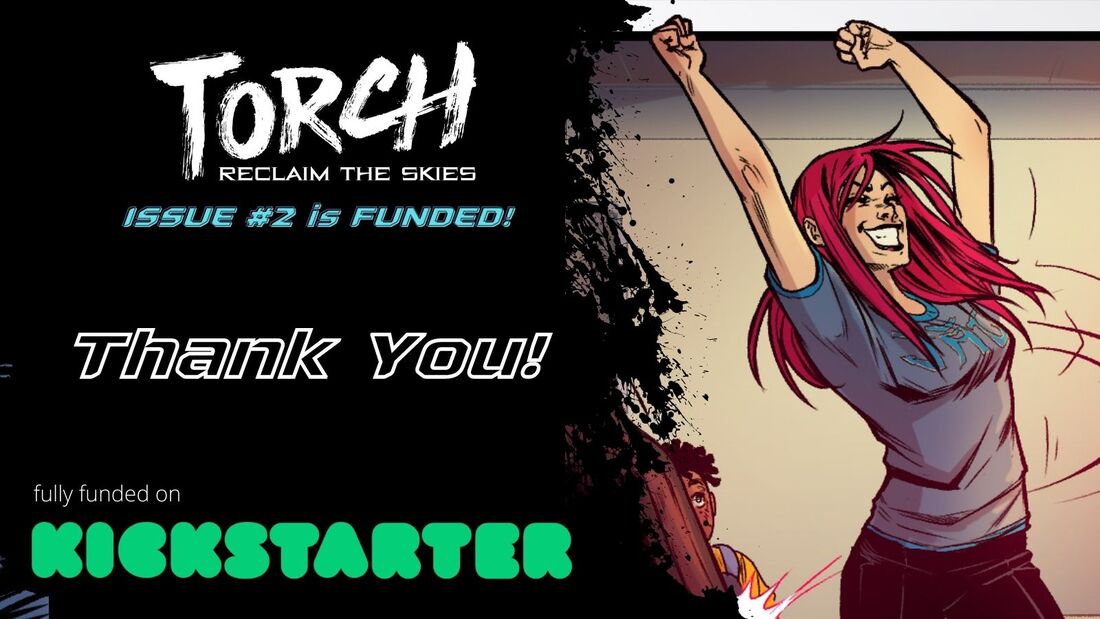 Thank you for visiting my page! My name is AJ Rojek and I am a comic book writer. After dabbiling here and there I've decided to take the plunge and produce my first full-length comic for Kickstarter!

Update:
Torch: Reclaim the Skies became a Kickstarter Sensation. Having hit its funding goal in just 7 hours, the campaign went on to be 340% funded! The Campaign even recieved the coveted "Projects We Love" Tag. Industry mainstays have called it one of the most impressive freshman campaigns in recent memory. Riding that momentum, Issue #2 was succesfully funded as well, accruing a swath of new readers to the Torch Universe!
Jump Through Hypergate